What is a Psych-K Balance?  with Rob Williams originator of Psych-K® 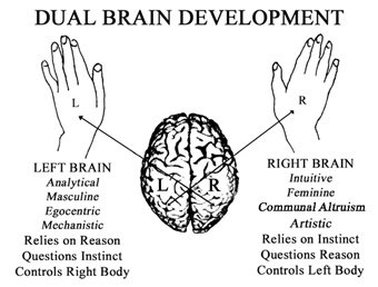 Studies in neuroscience indicate that as much as 95% of our mind's consciousness is subconscious - and it is the subconscious mind that is the storehouse for our attitudes, values, and beliefs.

PSYCH-K® is based on years of cutting edge psychology and biology also known as split-brain research or Brain Dominance Theory first developed by renowned neurobiologist, Roger W. Sperry, who was awarded Nobel Prize in 1981. PSYCH-K® is a process designed to create a balanced identification with both hemispheres of the cerebral cortex.

This 'whole-brain state' is ideal for reprogramming the mind with new self-enhancing beliefs, reducing unwanted stress and helping you to access your 'full response potential' in meeting life's challenges.

THE POWER of your SUBCONSCIOUS

﻿Recent estimates indicate that the subconscious has a power that is in the order of a million times greater than that of the conscious mind. This becomes an issue when what you consciously believe you think and feel may be at odds with what you really think and feel in the deeper reaches of your psyche. ﻿
﻿Re-scripting limiting subconscious belief is similar to reprogramming a personal computer. Using PSYCH-K® processes, a kind of 'keyboard' to your own mind, you can increase cross-talk between the two cortical hemispheres, thereby achieving a more 'whole-brained' state, which is ideal for changing subconscious beliefs. In addition, when right and left hemispheres are in simultaneous communication, the characteristics of both hemispheres are available to maximize your full response potential.﻿

PSYCH-K® helps you quickly and easily communicate directly with your subconscious mind, and - while using methods of whole-brained integration - change old self-limiting beliefs into new self-enhancing ones that support you, in just minutes!
Book a session

The science of brain mapping:

For those interested in the science of how Psych-K® can assist, research shows that a bilateral, symmetrical brain wave pattern created by using PSYCH-K® is generating increased energy in the brain and thereby accessing more of the brain's capacity to process data from life.
- for more details read the following research article by: Jeffrey L. Fannin. Ph.D.
The brain map below is courtesy Jeffrey L. Fannin. Ph.D.